The most significant shot in golf now is hitting the driver. For ages we’ve been told that you drive for show as well as putt for dough. Mathematically we have learned that the driver is now the most important shot. It’s the most essential shot because it sets up anything else. What makes it an essential shot is that a long drive hit on target will put you in an ideal position in order for the second shot to land on the green in regulation. Having said that, with the driver being one of the less simpler to maneuver, you should practice the shot more. The reason for its inaccuracy is its low loft and longer shaft. Being extra accurate is needed for longer shaft and low loft exaggerates the spin you’ll put on the ball. Even with the existing understanding you’ve got about the driver shot, you can learn more with our tips.

The basic principles of hitting the driver is the first thing that we are going to discuss. We could begin it with golf grip. What is the golf grip type you’re using? Grab your golf club and figure out if you have a grip which is fundamentally sound. For you to discover how to form a proper golf grip, there are videos you can watch on YouTube and other websites. A neutral to strong grip must be chosen. We suggest that because the ball is hit towards the right by most amateur golf players. The next thing you need to look at is the way that you align yourself to the ball. Ensure that you align yourself up to have success with hitting the ball straight. This appears to be a minor thing but many golf players fail to strike the ball straight as they don’t concentrate on their alignment appropriately. You will feel upset not knowing that you are really lining up to the right. This is commonly done by right-handed golfers, making them wonder why they lose the ball towards the right. If this is your case, it helps when you turn your shot a bit to the left.

Impact dynamics are the second step to learn. This is such an important subject in the game of golf that it is a shame that many people don’t pay attention to it. You might hear about hitting up on the golf ball when you’re using a driver but you fail to do so. You want to hit up on the golf ball since you want to come into the ball with a high launch angle. A high launch angle will take spin off the ball and will increase your distance. This will take the side spin off the ball, which makes it incorrect. You might speculate in what way you will hit up on the golf ball by not tracing a linear path? Amateur golfers commonly hit up on the golf ball and trace a straight line up, that makes the clubface open, sending the golf ball off to the right. You must get back on the term previously mentioned, which is known as delivery path to find out the truth on hitting up the golf ball. By swinging a little bit outwards, you’re giving yourself a favor. To make that flawless drive, swing the club upwards as well as outwards for a farther and more precise hit. This also has the effect of shallowing out your golf swing so that you can hit on that upward swing angle that is needed to create the correct impact dynamics.

The post Get To Know The Ways On Hitting Your Driver Straight appeared first on Simon Khan Golf. 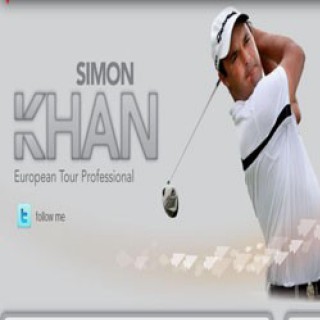